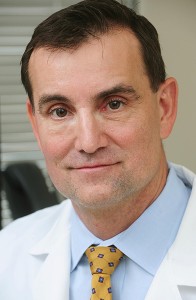 He acted as Chief of the Sections of Facial Plastic Surgery & Reconstructive Surgery and Rhinology at Rush University Medical Center for eight years, and is still strongly involved in the training of students, residents, and fellows at Rush. Dr. Dutton is well-respected in these subspecialties by his peers, having published numerous peer-reviewed articles on rhinoplasty, facial plastic surgery, and functional considerations in nasal and sinus surgery.

He is a member of the American Academy of Otolaryngology-Head and Neck Surgery, American Academy of Facial Plastic and Reconstructive Surgery, American Rhinologic Society, and American College of Surgeons, among other organizations. He is also a diplomate of both the American Board of Facial Plastic and Reconstructive Surgery and American Board of Otolaryngology. Dr. Dutton completed his premedical education in Biology at Indiana University in 1990, where he graduated with honors and was accepted into the Phi Beta Kappa honor society. He then earned his medical degree from the University of Iowa in 1994, and was named the “medical student of the year” by the Department of Otolaryngology. He was then immediately accepted into the prestigious University of Iowa Department of Otolaryngology, which was ranked the #1 program in America by US News & World Report at the time.

Dr. Dutton left Iowa for Grand Rapids, Michigan, where he completed a one-year surgical fellowship in 1995 at Butterworth Hospital and then returned to complete his residency training in Otolaryngology – Head and Neck Surgery at the University of Iowa in 1999. He was honored to be selected as the Chief Resident in this prestigious department for his final year. Dr. Dutton then completed a post-graduate fellowship in Advanced Rhinology and Facial Plastic Surgery under the direction of Dr. Robert Bumsted and Dr. William Panje at Rush Medical College in 2000. He has been practicing medicine at Rush University Medical Center and in the Chicago area since that time.

In addition to managing a very busy practice, Dr. Dutton continues his love of teaching and training future generations of surgeons. Well-trained and experienced in all aspects of facial plastic surgery, Dr. Dutton is particularly passionate about the form and function of the nose, both clinically and in his numerous peer-reviewed articles and lectures. Dr. Dutton travels annually to the Dominican Republic to perform cleft lip and palate reconstructions for the community of Peralta, and he has twice traveled to Haiti to perform reconstructive surgery, including immediately after the devastating earthquake of 2010.

Board Certification and Licensure:

In Local Practice Since:

Contact Dr. Dutton for all of your procedures of interest, we will walk you through the entire process and answer any of your questions.