Home » Blog » Rhinoplasty: Then and Now 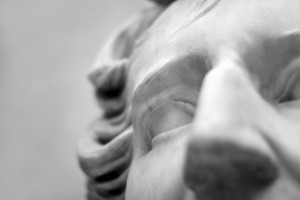 Nasal reconstruction may seem like a fairly modern procedure because of its association with celebrities such as Ashlee Simpson, Scarlett Johansson and Jennifer Grey, but, in fact, rhinoplasty has a very rich history.

Rhinoplasty techniques date as far back as the Roman Empire as evidenced by the publication of Aulus Cornelius Celsus’ De Medicina which described surgical techniques for the lips, ears and nose. And, in India, attempts to reconstruct the amputated noses of criminals have been well documented back to 1200 BC.

“In Indian culture, the nose has held significant importance. Hatha yoga describes the right and left nostrils as complementary pathways for air to enter the body with each breath,” explains Dr. Jay Dutton of Midwest Facial Plastic Center. “I find the history of rhinoplasty extremely interesting and study it to better understand the techniques used today and learn how they were influenced by these ancient techniques.”

Another interesting fact: Throughout history, criminals were often punished by having their nose amputated. The techniques used to reconstruct the nose utilized skin from the forehead, a technique still used today for nasal skin surgery. The skin from the forehead is used because it is so close to the nose and therefore less likely to be rejected by the body.

Over the years, physicians have explored different ways in which to perform rhinoplasty. Germany’s Karl Ferdinand (1850-1918) described his technique known as the free-graft during which he grafted skin from a patient’s arm. Other techniques were explored, including John Orlando Roe’s development of the first “closed” rhinoplasty in 1887. The in 1921 a physician introduced the modern technique of cutting an incision in the tip of the patient’s nose leading to the “open” approach.

“Both the closed and open approaches to rhinoplasty have their benefits,” explains Dr. Dutton. “A closed approach means that incisions are completely inside the nose and an open approach, which is the most common technique, uses an external incision at the base of the nose to peel the skin up to see the problem up close. This allows the surgeon to remove or add cartilage as needed in order to achieve the desired look.”

Until recently, the closed and open approaches to rhinoplasty were the most common. Today, minimally invasive rhinoplasty reflects the ongoing effort to combine the best of the two worlds: to make sure to address the actual anatomical problem and provide structural support through cartilage where necessary but to do so through hidden incisions. It also incorporates the latest technologies to avoid injuring normal structures.

What does the future hold for rhinoplasty?

Scientists are already exploring the use of stem cells to grow new cartilage cells from a small biopsy of the patient’s cartilage. And, they have even begun to explore the technology of 3D printers, which could create a mold of a patient’s nose that would then be instilled with the patient’s own cartilage cells and implanted in the nose.

“Technology is always advancing,” explains Dr. Dutton. “It’s exciting to explore what will come next for rhinoplasty and other facial cosmetic procedures.”